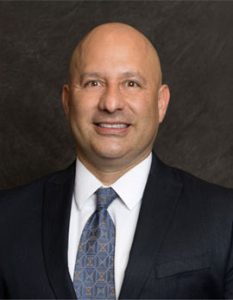 Josh was born and raised in Dallas Texas. In 1990 after High School Josh enlisted in the United States Marine Corps as a Field Artilleryman where he received several commendations including the Navy Achievement Medal. Josh returned to Dallas in 1993 and spent the next 11 years in financial services primarily as a Mortgage Banker and as a Licensed Financial Advisor.

Josh changed careers in 2004 getting into restaurant management. That change brought Josh to Florida in 2006. After a couple years in Florida Josh headed back to Texas. His heart was in Florida so in 2009 he moved to Cape Coral and has never looked back. Since getting into Real Estate in 2014 Josh has been committed to helping others navigate through the Real Estate sales process and prides himself in upholding the highest levels of professionalism and helping his clients feel comfortable.

From his upbringing to his moral code taught by the Marines, Josh lives by the adage “Seek first to Understand then to be Understood”. Josh is engaged to a wonderful woman Lauren Grace and they have two of the sweetest four legged babies a Toy Fox Terrier named Karma and a Chihuahua named Leo. Josh enjoys working out, running, cooking and likes to host dinner parties for our friends and family. Josh hopes that if you have any questions related to Real Estate that you will think of him!!