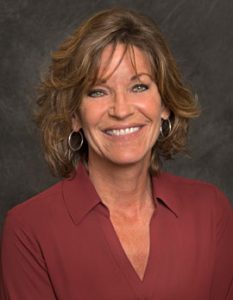 Donna is originally from Chicago, Illinois. Although she is a fan of Chicago’s finest deep dish pizza, and hot dogs, she admits to being more of a Green Bay Packers fan than Chicago’s own Bears! She attended high school in Michigan’s beautiful Upper Peninsula before returning to the Windy City where she met her husband, Tony. In 1985 they moved to Cape Coral where they opened a small automotive repair business, still in operation today. As a result of her passion for helping others and her genuine interest in meeting new people, Donna obtained her real estate license the same year.

After spending the last few years with one of the largest corporate real estate chains in the country, Donna joined RE/MAX Trend Realty Group because the company genuinely cares about people. Donna says: “I like the fact that the owners making the decisions aren’t sitting behind a desk on the other side of the country; they are right down the hall.”

It is with the same dedication to honesty, loyalty and integrity that she and her husband have been managing their business over the years that Donna applies serving as a Realtor. Donna doesn’t take extra steps for her customers – she walks miles for them. Her clients become friends and many of those friends have also become “family”. Her holiday card list has grown exponentially over the years!

Donna understands the value of giving back. Since her move to this area, she has been very active in the Cape Coral/Lee County community, volunteering at her children’s schools, serving two years as the civilian member of the Lee County Sheriff’s Civil Review Board, volunteering for the Cape Coral Chamber of Commerce and local events.

On personal note, Donna and her husband Tony celebrated their 25th wedding anniversary in 2013. They have two children: Jordan, who manages Outback Steakhouse in Ft. Myers, and their daughter, Courtney, graduating from University of Central Florida in December 2014. In her spare time, Donna enjoys cooking, Sudoku puzzles – Fiendish &amp; above only – and golfing (she’s still trying to break 100!)

When you’re interested in buying or selling a home, call Donna and become a part of her “family”! Contact her,